Man who stole his cousin’s UK visa days before his trip and killed his dreams, confesses 20 years later

A man who reportedly hid his cousin’s UK visa days before he was to relocate out of Nigeria to study, is said to have confessed 20 years after the incident. 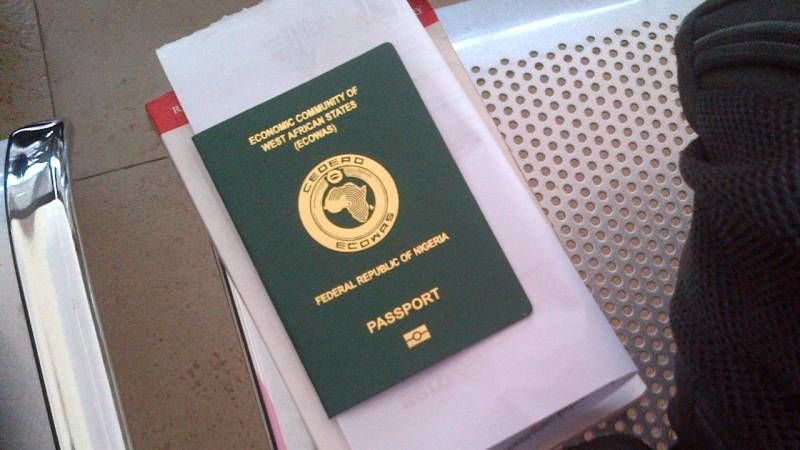 Twitter user, @Lady_itohan, took to the micro-blogging platform to share this story in reaction to the trending conversation about people who became extra cautious after securing their visas to travel abroad.

Some disclosed that they reduced their movement and stopped going out for fear of dying in an accident. Others narrated how they safeguarded their travel documents and refused to tell any soul where they kept it.

Reacting, Lady Itohan stated that their paranoia is justified because not everyone would be happy that they are leaving the country in search of greener pastures.

She went on to reveal that her uncle’s visa disappeared few days before his trip and the culprit who happened to be his cousin, confessed to stealing it 20 years later after battling a strange illness.

According to her, her uncle is almost 80-years-old now but the incident killed his dreams.

“His paranoia might seem hilarious but my uncle’s visa varnished some days before he was to travel to UK for school and that was the end of his dream! The thief, his cousin, who was jealous at that time, confessed 20 years later!!! #TrueStory

Happened when my uncle was 26…He’s almost 80 now. His cousin confessed when he was about to die as a result of a strange ailment.” 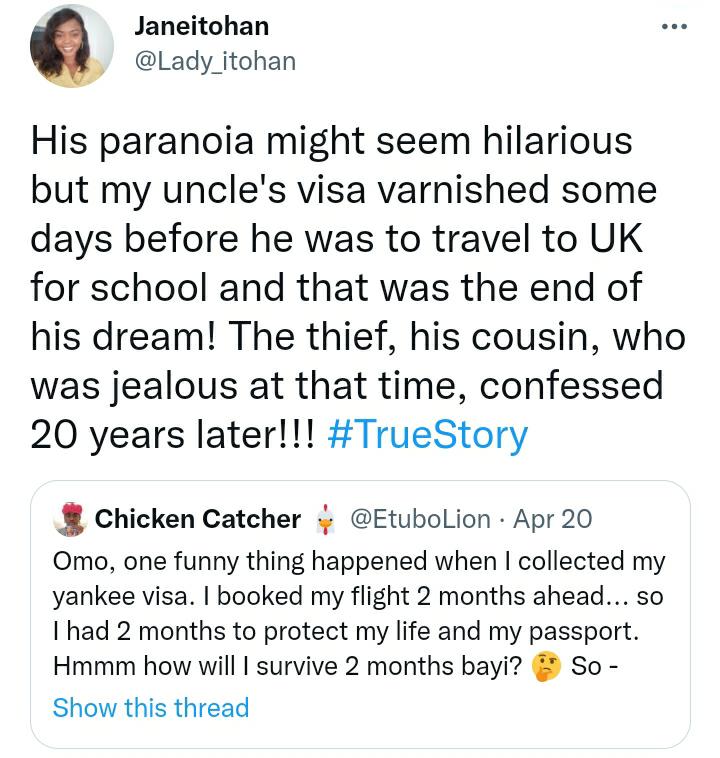 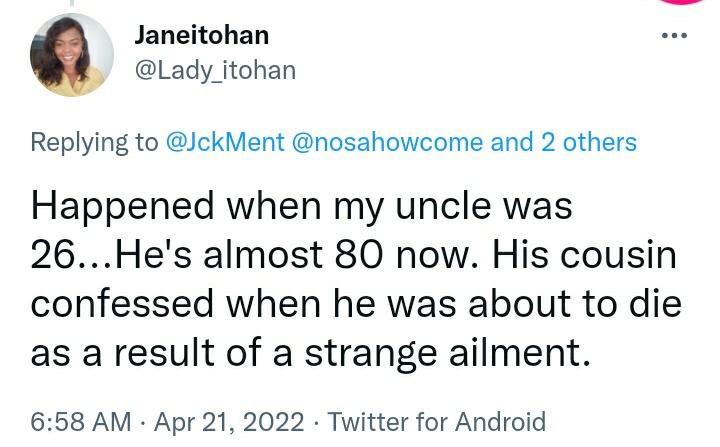 The echoes of fun life in a popular community in Lagos is about to be heard in the faraway...

Nollywood actress, Iyabo Ojo has spat fire while reacting to an allegation about her daughter, Priscilla dating singer, Kizz...

The Federal Capital Territory Police Command has paraded three suspects in connection with the murder of a female member...

Poetry and essay competition to celebrate Tokunbo Wahab at 50

A poetry and essay competition has been instituted by renowned filmmaker and the President of Association of Movie Producer...
- Advertisement -

By Victor Ojelabi It amazes many how some politicians quickly gather court-like followership that often transcend their generation. Why would...

Chairman of Suru Group traces the origin of his problem with AMCON to when Ecobank without notice, sold their...

Chairman of Suru Group traces the origin of his...
Crime

A man who made a surprise return to his...

Beautiful waterfalls that will take your breath away