On her official Instagram page, the former beauty queen posted a photo of Saga and captioned it,

“Here’s to another year of happiness, laughter, and getting up to no good together! I hope you have a great day today and the year ahead is full of many blessings….Happy Birthday Saga G”. 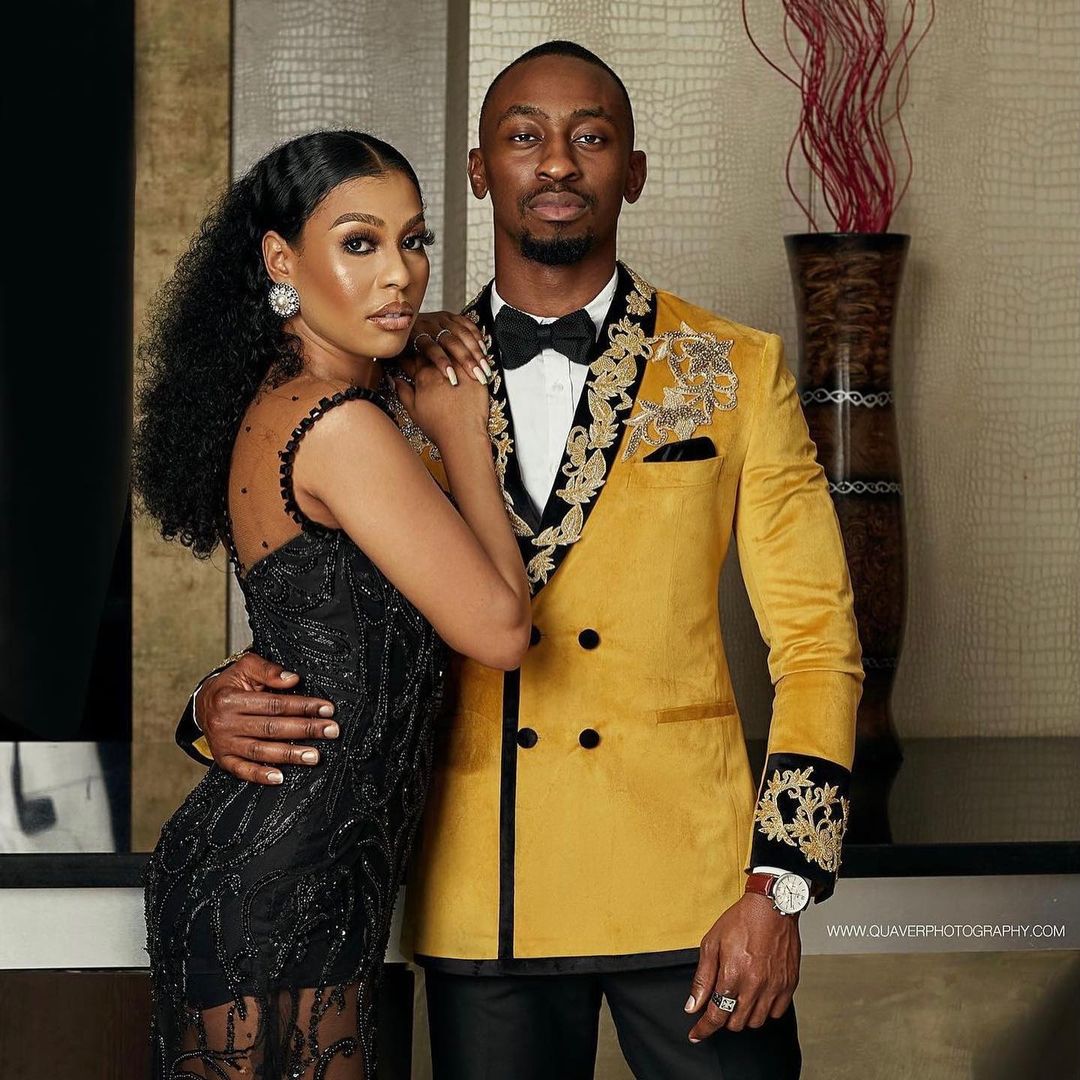 Saga then responded, “Lightning cannot “STRIKE” the same place twice yet here we are still “stricken” together.. My real partner in crime😈”.

See their exchange below, 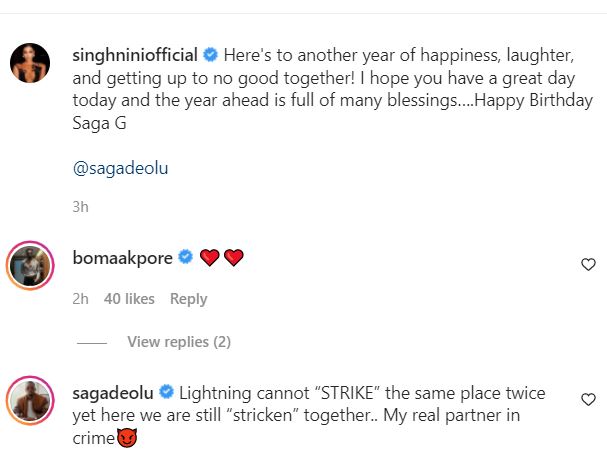 The former Big Brother Naihja ‘shine ya eye housemate’ formed a strong bond while on the show, but Nini repeatedly turned down Saga’s proposal for a romantic commitment because she already has a boyfriend.

In other news, Nollywood actor, Yul Edochie, has welcomed a baby boy with his second wife, actress Judy Austin.

The thespian, who is married and has four children with his first wife, May, took to his official Instagram page on Wednesday, April 27 to announce the birth of his son by his colleague, Judy Austin, whom he also confirmed as his second wife.

Sharing photos of himself and his baby boy alongside maternity photos of Judy, Yul wrote,

“It’s time for the world to meet my son. His name is STAR DIKE MUNACHIMSO YUL-EDOCHIE. Born by my second wife @judyaustin1. And I love him so much, just as much as I love my other children.”.

Reacting to the post, Yul’s wife of 17 years, May wrote, “May God judge you both”.

Her remark drew a flurry of responses from worried fans and followers, who wondered if everything was okay in their home.

Related Topics:
Up Next

Which job is your daughter doing? Uche Maduagwu queries Iyabo Ojo over her daughter’s new car

Yemi Alade has sparked reactions with a teaser for her African Baddie video shared on her Instagram page with many of her followers wondering if she is pregnant.

Yemi Alade, who had been recently robbed in Cote D’Ivoire, recently dropped her new hit album and it featured the likes of Phyno, Bisa Kdei, Zlatan and others.

In the teaser video, Yemi Alade wore a black body hug outfit and whined about her waist but what caught the attention of many of her fans was her “baby bump like” tummy in the video.

Some other fans on the other hand chose to defend Yemi Alade by querying those body-shaming her.

Watch the video below:

Some reactions are shown below:

sheis_desola said, “Is it me or my eyes seeing double I thought she was pregnant 🥺”.

tkdevinee said, “There is nothing wrong with her tummy. She’s naturally curvy. Any curvy lady with over flat tummy na surgery.”

vickluchis said, “At first i thought she was pregnant tho🌚🙈”.

kul.chor said, “The way y’all switch sides is amazing. If her body changed y’all will be very quick to say she went under the knife and all that, she’s all natural and y’all still complaining. How about we just learn to appreciate beauty and leave people’s bodies alone. Be setting unnecessary standards and then sham those who try to live up to it.”

phylliskwatsikor said, “All I saw in this video was an African woman loving her body ,accepting herself,ignoring trolls ,living her true dreams in her true body.She is the real definition of beauty (My marks are beauty marks from Mother Nature) @yemialade you are the first grand daughter of MAMA Africa.You are the best ❤️❤️❤️❤️❤️❤️❤️❤️❤️❤️❤️❤️❤️👏👏👏👏👏🔥🔥🔥🔥🔥🔥”.

Following a trending video of actress Nkechi Blessing twerking for the Ooni of Ife, her ex-lover Opeyemi Falegan has addressed her as a Madwoman.

“A mad person is good to watch but nobody wants them as a child, what a pity” Opeyemi Falegan subtly reacted to the viral video on Instagram.

Nollywood actress, Nkechi Blessing earlier caused a stir online as a video of her twerking for the Ooni of Ife is fast making rounds.

The Yoruba actress while at the Ooni’s palace in Ile-Ife town for the Queen Moremi pageantry could be seen twerking for the Ooni and one of his queens, Olori Aderonke.

Recall that in October, Nkechi Blessing Sunday had applied to be one of the wives of the Ooni of Ife.

According to Nkechi Blessing, she wants to be the Ooni’s next wife and would patiently wait for her turn.

The mother of one provided an Instagram page for the Ooni to reach her through.

“Ooni of Ife sir I am patiently waiting for my turn. Thank you in advance sir, you can reach me thru #idrisconnectingnigeria”.

Taking things further, Nkechi Blessing had revealed her new name as she stormed the Ooni of Ife’s palace.

Greeting her fans, Nkechi Blessing told them to address her as Olori Ibukunoluwa.

My bum is over-exaggerated, JMK reveals 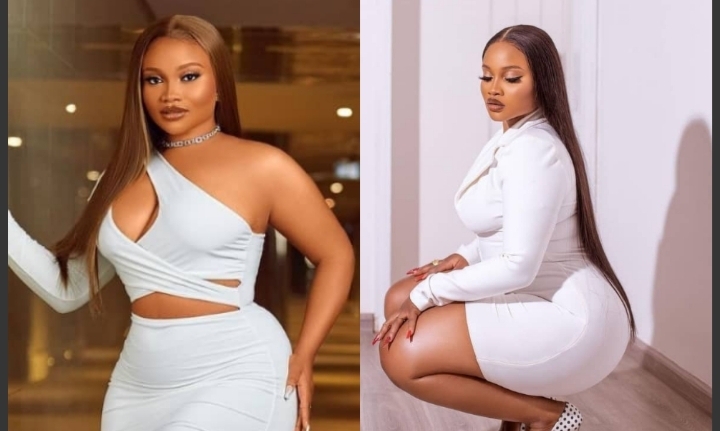 The curvy former BBNaija ‘Shine Ya Eye’ housemate explained she always has that feeling whenever her backside is being described by people as extremely big.

JMK concluded it’s actually not as big as they say it is.

“I always feel like people over-exaggerate the size of my bum. It’s really not that big,” she wrote.

Why Bill On Surrogacy, Human Fertilisation Is Important In Lagos – Obasa