Nigerian sensational singer, Davido, never misses a chance to lavish praise on the mothers of his children.

The father of three, who has been severally lauded for his love and care for his kids, recently shared a video of his third baby mama on his Insta-stories, hailing her culinary skills. 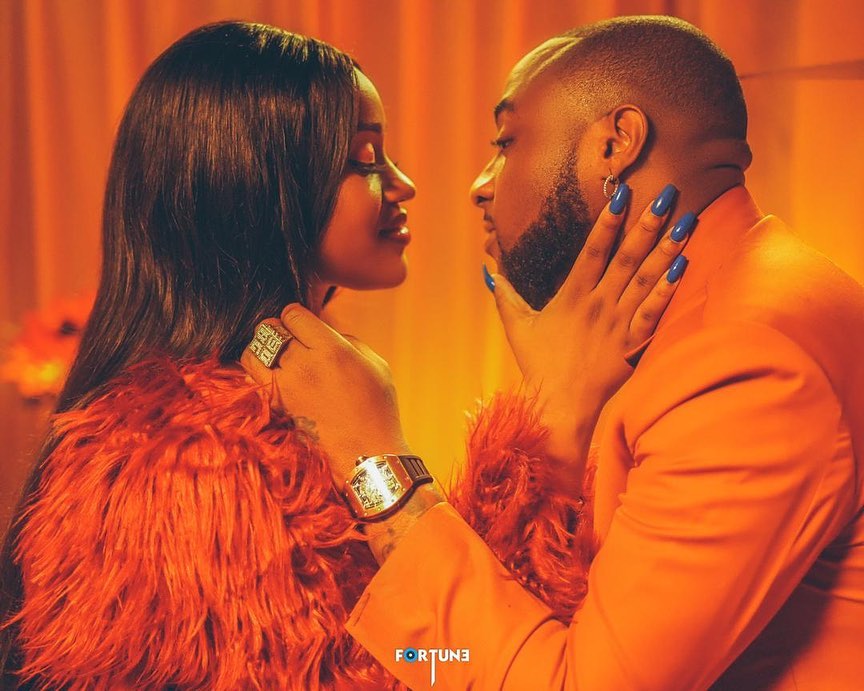 Chioma had shared a lovely video of herself rocking a figure-fitting pink outfit and striking various stances that showed off her curves.

Davido then took to his official Instagram page with over 24 million followers to repost the video, dubbing her the world’s best chef.

A while ago, Davido’s first baby mama, businesswoman, Sophia Momodu also shared the stunning look she donned to an Owambe and while many loved how gorgeous she looked, Davido said it was a reflection of his money on her.

A number of celebs took to the comment section of her post to adore her and gush over her look but her baby daddy, Davido said it’s his money that’s showing on her.

In other news, controversial Nollywood actor, Yul Edochie’s first wife, May, has penned a heartfelt note to her fans, family and friends, appreciating them for their unwavering support.

The mother of four, who in a lengthy Instagram post declared that she is on a journey of self-discovery, noted that she has always been behind the scenes as a wife, working tirelessly to build a peaceful and successful home.

ALSO READ  Oleksandr Usyk has 'some of the best fundamental boxing skills ever' - what makes the champion so good?

She stated that the love, support, and encouragement she receives from friends and family members are what encourages and sustains her.

I’m not your Christian saviour, not here to uphold beliefs about God — Tems

Nigerian singer, Temilade Openiyi, popularly known as Tems, has told her followers that she is not their christian saviour, neither is she trying to uphold their beliefs about God.

The singer made this known via her Twitter page on Tuesday.

Tems also said she is who she is and not trying to impress anyone.

She wrote, “I don’t know who needs to hear this, but I am not your Christian saviour. I didn’t come here to uphold your beliefs about God.
“I will not fit into this box you try to put me in. I won’t satisfy you in that area. Please find the person that will or ask yourself why you care.

“I don’t brag because I’m not playing the same game. I don’t need to brag. I am who I am, whether you know it or not. It is the house that is built on the solid rock that will withstand the storm. I’m trying to impress myself, not you.”

Nigerian man has narrated how a customer took a loan from a popular microfinance bank and lost almost everything to sports betting.

He shared the man’s story in a documentary about the dangers of gambling and people who are addicted to the act.

The young bet centre operator said that the man visited the microfinance bank and took a loan of N120,000 using his brother as guarantor.

But the shocking part is that as he was leaving, he entered his virtual betting centre which was in the same building.

He then used N119,000 out of the money to bet, unfortunately he lost it all. Feeling frustrated by the outcome, he used the remaining N1k to buy weed and alcohol.

Award-winning Nigerian author, Chimamanda Ngozi Adichie, who was recently decorated with Harvard University’s iconic W.E.B. Du Bois Medal, has broken her silence over her non-appearance at the conferment of national honours ceremony by President Buhari. on Tuesday, October 11.

Putting the records straight, a member of Chimamanda’s communications team, Omawumi Ogbe, told The Guardian that she declined the honour.⁣
⁣
“Following the recent conferment of national awards by the President, there have been conflicting reports about one of the announced recipients, Chimamanda Ngozi Adichie. Some social media users say the award-winning writer rejected the award, while others say she accepted it.⁣
⁣
The author did not accept the award and, as such, did not attend the ceremony. She, however, did not want to create undue publicity around it, so her non-acceptance was conveyed privately,” Ogbe said.

While conferring the award on 450 Nigerians and foreigners, President Buhari had justified the honours, saying the awardees had distinguished themselves in the service of the nation and humanity.⁣

“We have among the recipients today, Amb. Prof. Tijjani Muhammad-Bande, Dr. Ngozi Okonjo Iweala, Ms. Amina J. Mohammed and Chimamanda Ngozi Adichie, who are doing our country proud on the international scene. Our dear sisters are a source of inspiration to our young women that through the dint of hard work and dedication, they can achieve greatness,” ⁣the President said.

Gas Explosion kills man while he was preparing food (Photos)

I’m not your Christian saviour, not here to uphold beliefs about God — Tems