Celebrity stylist and fashion designer Toyin Lawani has opened up about her relationship with ex-best friend and co-reality star Caroline Danjuma.

The two have been at loggerheads since the premiere of their reality show, Real Housewives of Lagos.

In an interview with Chude Jideonwo, Toyin Lawani disclosed that she doesn’t regret anything she did at the reunion.

She noted how people expected her to fight Caroline, to which she didn’t concede to.

Toyin Lawani vowed never to fight her because of their years of friendship.

She attested that though Caroline has a mouth like a razor and can say anything about their friendship, she wouldn’t stoop low to her level.

Toyin Lawani recounted how Caroline was there for her during her dark times and vice versa.

“I don’t regret anything that I did at the reunion. Oh, people were like, why didn’t you fight Caroline? I’ll not fight Caroline in 10,000 years. Caroline has a mouth like a razor, she can say anything, but I’ll always think about the friendship I had with her, when we were happy, the good times when I was there for her when she was there for me, and that’s about friendship, always remember it.
So when people want to lie to her, Toyin said something because they want entertainment, they want you to talk, I’ll just look at you. Because I know one day you will realise that you were pushed, and Toyin never really said anything because they know we have a history and they wanna use you, but you fell for it. I won’t fall for it, so I should start saying all the things I know about you, things you have done in front of me because of what, because someone put you in certain circumstances. I won’t fall for it, but that’s different, that’s someone I had a friendship with in the past, you can’t ask me, make clothes for me, I’m showing you the clothes and next thing you tell the world, she’s competitive, she’s showing me her collection, it’s wrong.

I felt sad about it; I won’t lie to you, I felt shattered; nobody has ever done that kind of thing to me before. If I lie to you that someone has put me under the bus like that before. So, I realised that most of them just want to do a show; I came to the show being me, and I was so shocked, like, ‘ah, did this girl just say something like this? And the same week, I’m having issues where they said I said something about Laura’s child, which isn’t true, and now you are making this thing worse by saying this. People believe all these things, so I was really upset”.

Toyin Lawani was married to Aremo, with whom she had her first child, Tiannah.

Taking to her Twitter page, Toyin accused Carolina of ruining her marriage and sleeping with her ex.

She claimed Caroline was the reason her ex threw her out of his house and beat her to a pulp.

Toyin Lawani said she was with him for 11 years, and Caroline ruined her life.

“Facts still remain, you slept with him. Stop covering your tracks with lies and lie on your child we were not friends, you never slept on my bed..never cooked food in my house, never cried on my shoulder and never grassed me out. While I protected you”.

God knows no such thing happened, carried ur name? My dear I’m sure Miss won’t even back up this lies, they all know the truth about what you did & got caught & I had nothing to do with it, even if I was the one who introduced u to the guy, girl bye, facts you ruined my relationship”

“You & I know the truth and I wouldn’t be doing this back and forth with you and your lies, is it my ex you slept with you are talking about or another one? Girl bye, pls say another thing, I love that you believe your own lies. Madam they didn’t pay me I spent 30m, wearing what exactly”

“Stop normalizing my relationship I was engaged mofo and you ruined it, I was chased out with my daughter, my stores were taken from me, I had no clothes on my back cause of u fucking wicked bastard, cause I was covering up for you, I was beaten black and blue, you evil witch”

According to her, Toyin didn’t know her married ex had people giving him info about her movements.

Caroline wondered how Toyin can claim her ex husband, Musa Danjuma caught her with young boys yet he was married to her, Caroline from 2009 till 2016.

‘When will you congratulate my uncle over victory?’ – Davido asks outgoing governor Gboyega Oyetola 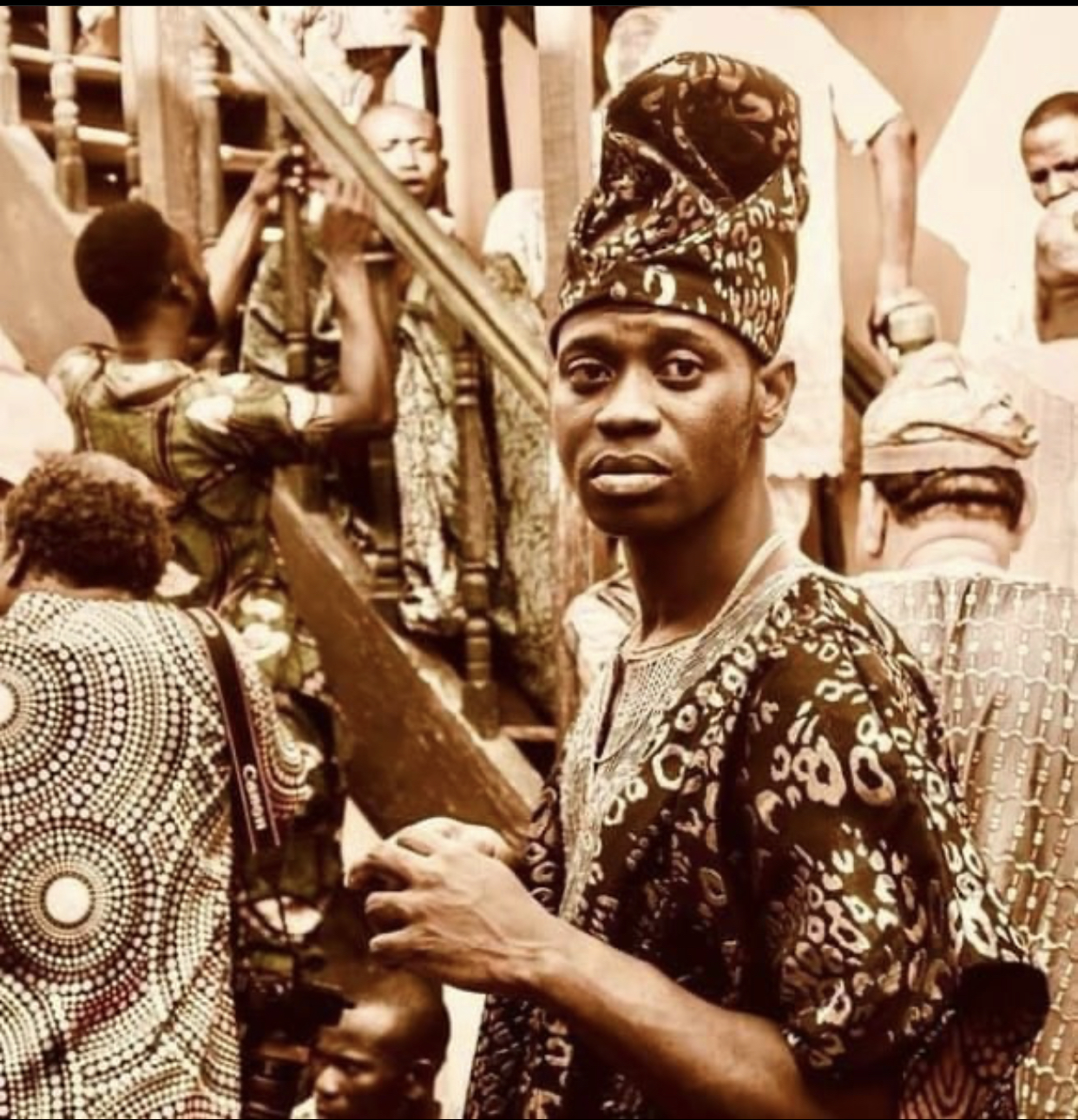 The prestigious Dallas International Yoruba Movies Awards (DIYMA) has bestowed the special “award of excellence” on the multi-talented and cross-over actor Lateef Adedimeji for his outstanding performance in the movie “Ayinla”.

Mr and Mrs Kogberegbe, the CEOs of DIYMA, presented the award on Wednesday, 25th January 2023, during a “Meet & Greet” event organised in honour of the celebrity couple- Lateef and Adebimpe Adedimeji in Dallas, Texas, United States of America.

According to the organisers of the awards, “DIYMA recognises outstanding crafts and celebrates same as the opportunity presents itself. The interpretation and representation of late Ayinla Omowura (eegunmogaji) in the eponymous musical film presents a rare nostalgic experience that only the professionalism of Lateef and Dr Tunde Kelani can offer.”

Speaking further, the CEOs challenged the Yoruba indigenous filmmakers to do more in promoting the indigenous language film because language is critical to cultural identity. “On our part, we shall continue to support the Yoruba film industry in our little way. We believe strongly in the industry. We understand that promoting our language is key to preserving our culture. And our culture is the only undisputable commodity we can sell to the world’s admiration.”

In his remark, Lateef Adedimeji expressed his happiness for the harvest of awards that “Ayinla” is attracting months after it was released. “I am proud and happy that ‘Ayinla” keeps getting the recognition and the accolades that it deserves. Thank you so much, Dallas International Yoruba Movie Awards (DIYMA). God bless you. Okay, guys, let us keep working; more to come”, he said. Adedimeji Lateef will be officially honoured at the DIYMA award night, set to take place on 25th June 2023 in Lagos, Nigeria.

Directed by the foremost cinematographer in Africa, Tunde Kelani, “Ayinla”- an eponymous musical genre film on the late Apala musician, Ayinla Omowura, was produced by Jade Osiberu and grossed 92 million naira from the cinema exhibition only.

The DIYMA awards, now in its third edition, celebrate the outstanding performances of actors, producers, and filmmakers in the Yoruba movie industry and provide a platform for recognition and growth. This year, DIYMA is proud to announce an increase in cash prizes, with winners receiving between N100,000 Naira and N300,000 Naira, depending on the category.

DIYMA invites producers, actors, and filmmakers to submit their movies for consideration before the closing date of 27th February 2023. Eligible movies for this award must have only been uploaded on YouTube in 2022.

For more information on the DIYMA awards, please stay glued to our Instagram page @officialdiymaawards. 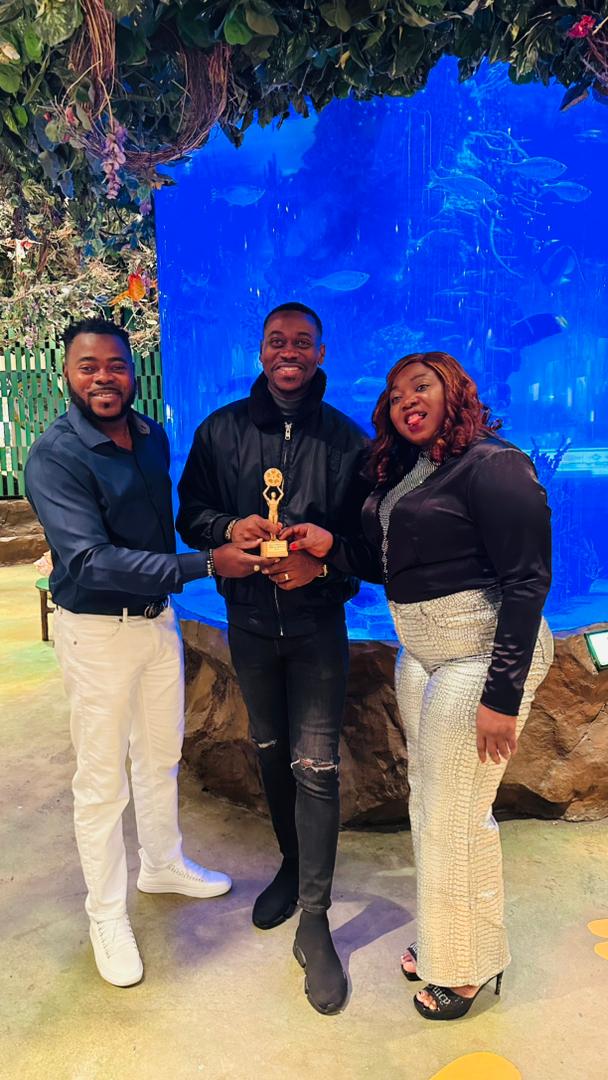 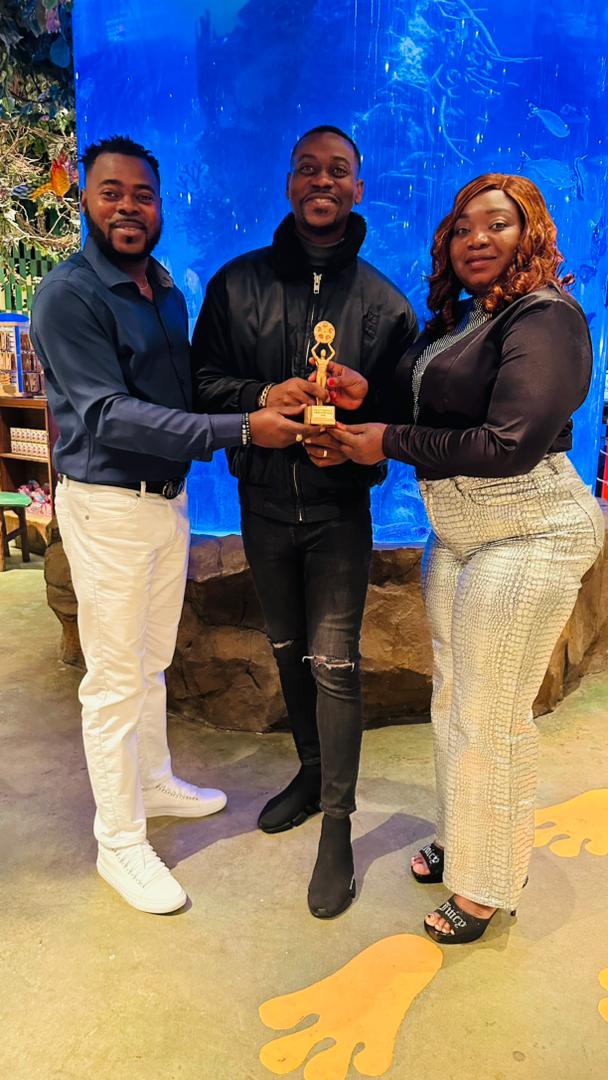 The Convention Centre of Eko Hotel and Suites, Victoria Island, Lagos, is bound to be filled to capacity on Friday as celebrities, politicians, business moguls and creme-de-la-creme of the society gather for this year’s edition of the annual Vanguard Personality of the Year Award.

The awards ceremony, which honours distinguished Nigerians who have excelled in their chosen careers will be hosted by beautiful actress and TV presenter, Zainab Balogun alongside her male colleague, Deyemi Okanlawon, who’s best known for his role in Funke Akindele’s blockbuster movie, “Omo Ghetto:The Saga.”

The two movie stars will set the tone for the night by dishing out rib-cracking jokes and moderating the day’s proceedings. It will have in attendance the cream of the society, including Nollywood stars as they storm the event to support one of their own, Pete Edochie, who will be receiving a Lifetime Achievement award on the night.

Laolu Gbenjo and his Band will take the guests down memory lane, dishing out evergreen songs and bringing to the table live band experience like never before.

Eltee Skhillz, who’s the son of veteran actor, Jide Kosoko and his late wife, Henrietta will be making his first appearance at the awards show. He came to limelight last year, after he released his breakaway song ‘ODG (Odogwu Na The Spender)’ off his debut EP titled ‘Body Of Work.’The song emerged as the most Shazamed song in Nigeria at the time of release and trended on social media platforms.

Vanessa Onyinye, the step daughter of actress, Iyabo Ojo has penned a self note as she marks her 26th birthday today, January 25th, 2023.

The daughter of talent manager, Paul Okoye stuck to her usual birthday rituals by being grateful. Every year, Onyinye always pens a gratifying message to her family, friends, business associate and all.

Making this year’s own different, Onyinye penned a self note to appreciate herself. Onyinye highlighted several reasons why she is grateful to herself some of which includes, learning how to survive, listening to her father, among many others.

“This year like always I am thankful and grateful.

I have lots of people in my family, my network and my circle of friends who love me, acre about me and support me. And I owe them the same love back.

But this year I want to also take a page from the book of @snoopdogg and thank myself.

I Thank me for not giving up.

I thank me for working hard.

I thank me for seeing the best in other people.

I thank me for always looking at the future and bigger picture.

I thank me for learning how to survive in all conditions and circumstances.

I thank me for listening to my father.

I thank me for opening doors for others.

I thank me for putting my people on.

I thank me for being there when people needed me.

Most of all I thank me for believing in God and never giving up.