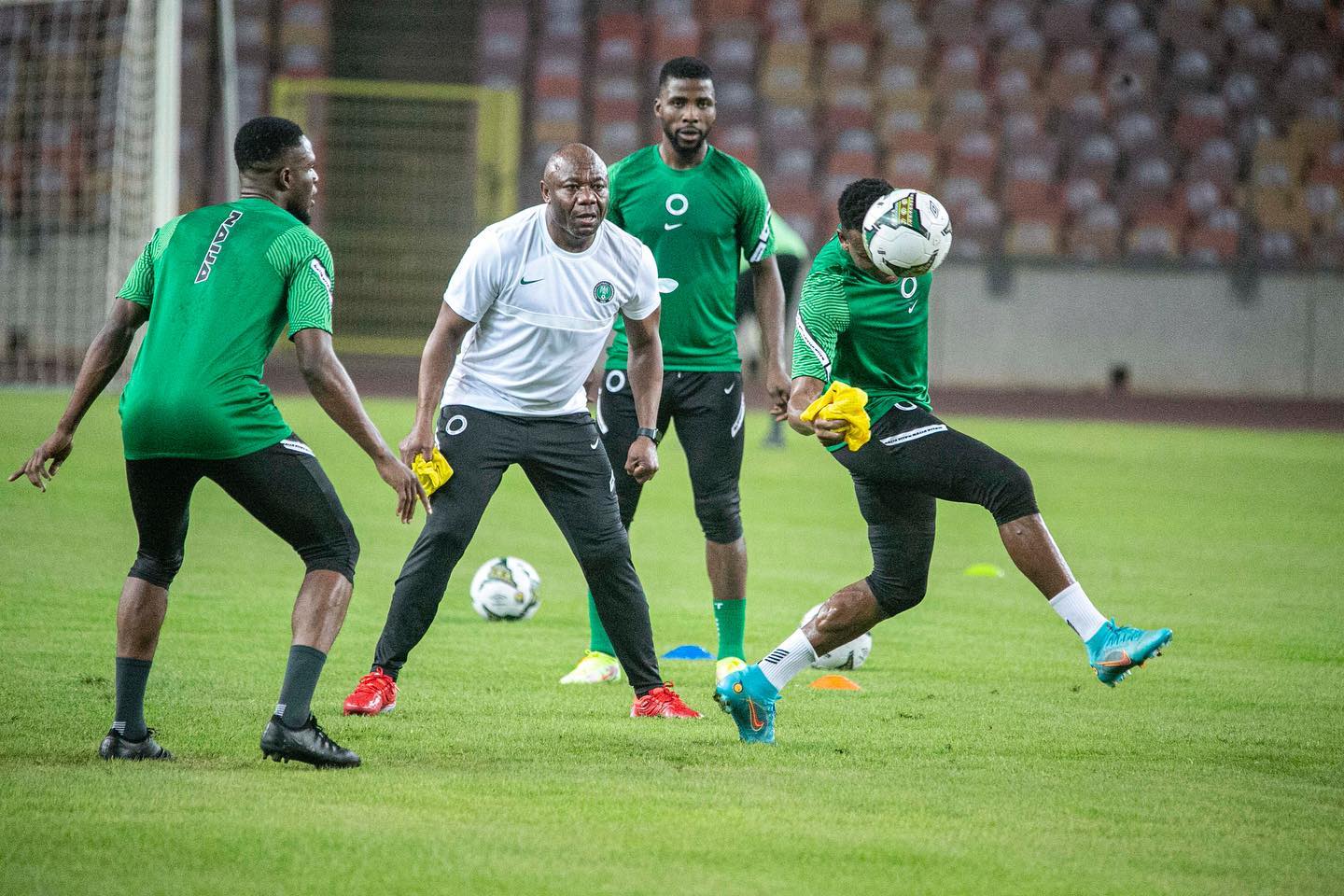 The camp of the Super Eagles is bubbling with 18 players for the 27 September friendly against the Desert Foxes of Algeria.

Unfortunately, the team’s captain, Ahmed Musa, will not be a part of the game in Oran as he has been ruled out with injury.

Musa, who plays for a Turkish football club, Sivasspor, is the fourth player to be ruled out of the Algeria friendly after initially being listed by coach Jose Peseiro.

Fellow Turkey based Henry Onyekuru also pulled out of the game due to injury while the duo of Leon Balogun and Samuel Chukwueze are also not available.

Coach Peseiro has since called up the quartet of Valentine Ozornwafor, Godwin Saviour, Ebube Duru and Emmanuel Dennis as replacements.

Both the Super Eagles and the Foxes missed out on qualification for the World Cup in Qatar but are keen to use the friendly to shape up ahead of 2023 Nations Cup in Cote d Ivoire.

Though Peseiro lost 2-1 to Mexico and 1-0 to Ecuador in his first set of friendly games, he has been perfect in the AFCON qualifying series with victories over Sierra Leone and Sao Tome and Principe.

The Portuguese manager will be working for the first time with some of the players as they were either unavailable for the double friendly in the United States and the AFCON qualifiers double header.

These include goalkeeper Maduka Okoye, who is only returning to the Super Eagles since the exit of the team from the AFCON tournament in Morocco.

The team’s first training session will be on Tuesday 20 September by 4:30 p.m. Qatar on Sunday, became the first host country to be defeated in their opening game in the 92-year history of the World Cup.

It’s obviously not the start Qatar will have wanted to make to a competition that had been plagued by controversy before a ball had even been kicked.

Supporters also made their feelings clear about the match at half-time as they abandoned the game in large numbers with the hosts already 2-0 down. Initial estimates suggest around 20,000 supporters left the game at the break.

There were just 11 shots in this game (five for Qatar, six for Ecuador) – no World Cup match on record (since 1966) has seen fewer attempts.

The hosts return to action on Friday against Senegal. 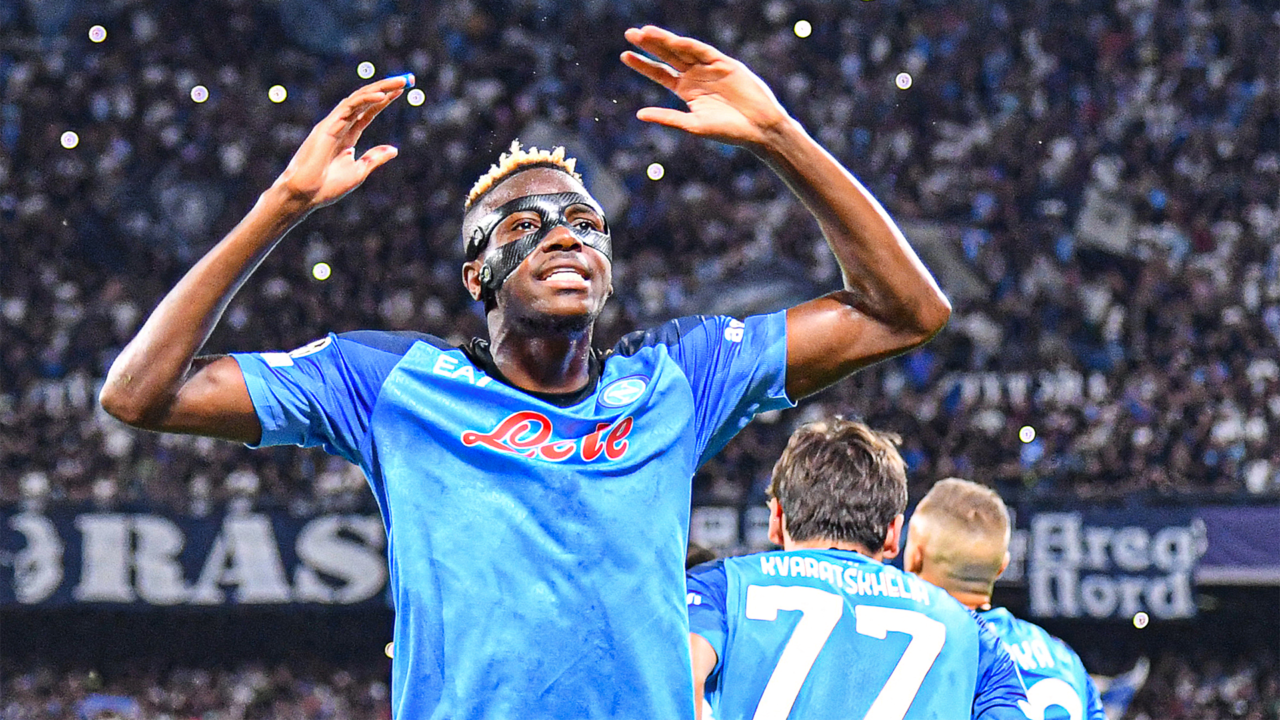 The Super Eagles of Nigeria and Napoli forward Victor Osimhen received a huge international award from the Globe Soccer Awards. The talented player was recognized for his immense contribution to both club and country.

He was crowned the Emerging Player Of The Year 2022, which was deserved on every level as the player has continued to show his importance at the club level for Napoli by contributing towards the impressive run of the club in the new season as well as the previous season.

Although the Super Eagles of Nigeria would not be going to the World Cup 2022 in Qatar, he had been one of the stand-out players for the Eagles in their qualifiers. In the wake of his scathing interview about Manchester United, Cristiano Ronaldo declares that Portugal will be his “absolute focus” during the World Cup.

The five-time Ballon d’Or winner, in an interview with Piers Morgan for TalkTV, which will be made public in its entirety on Wednesday, criticised United manager Erik ten Hag, Ralf Rangnick, and senior officials at Old Trafford.

Ronaldo claimed that United had “betrayed” him and that the team had not advanced since Alex Ferguson left in 2013.

After the interview, United reacted with a statement on Monday mentioning it and promising to respond “after the full facts have been established.”

Prior to Portugal’s November 24 match against Ghana in Group H, the 37-year-old declared on Monday that his entire attention would be on playing for Portugal in Qatar.

“Total and absolute focus on national team work. United group, towards one objective: realise the dream of all Portuguese people!,” he posted on Instagram.

Despite missing United’s previous two games due to “illness,” he posted a photo of himself with his Portugal teammates during a training session.

Without Ronaldo, the Red Devils defeated Fulham 2-1 on Sunday, moving them up to fifth place in the Premier League, three points behind Tottenham with one game remaining.