Former Big Brother Naija housemate, Khafi Kareem, in an Instagram live session with Ubi Franklin, revealed that she once turned down an N8million Naira endorsement deal.
The reality TV star explained the deal was to promote a bleaching product and it didn’t sit well with her.
Khafi said:
“I have always tried to monetize myself in a way that is truly in line with my values. I have had to reject certain things. So, a certain company contacted me and this is actually, till today, the biggest offer I have received.
“It was about N8 million naira and it wasn’t that much that I would have to do, but it was for a skin bleaching brand. I was in the dilemma of taking the money but not having to do much and this is not something I believed in.”
The reality TV star also went on to reveal why she declined the tempting offer.
In her words;
“I could have just taken the money and not care about the repercussions. There are certain things that I would not be able to do in the future if I take certain deals that were not in relation to my brand.
“I had to turn down N8 million naira so that, by God’s grace, I would make more in the future by being a person of my word,”.
Watch the video below:

@KhafiKareem #PhenomenalKhafi Changing the world one cup at a time 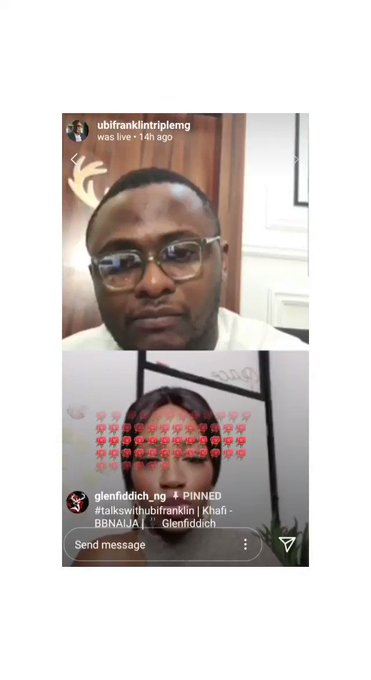 TheHeute is a constantly uploaded platform for news on the go. It serves you from Breaking News, Politics, Opinions, Governance, Entertainment and so much more. It is your dependable source of your news today.

We use cookies on our website to give you the most relevant experience by remembering your preferences and repeat visits. By clicking “Accept”, you consent to the use of ALL the cookies.
Cookie settingsACCEPT
Manage consent

This website uses cookies to improve your experience while you navigate through the website. Out of these, the cookies that are categorized as necessary are stored on your browser as they are essential for the working of basic functionalities of the website. We also use third-party cookies that help us analyze and understand how you use this website. These cookies will be stored in your browser only with your consent. You also have the option to opt-out of these cookies. But opting out of some of these cookies may affect your browsing experience.
Necessary Always Enabled

Any cookies that may not be particularly necessary for the website to function and is used specifically to collect user personal data via analytics, ads, other embedded contents are termed as non-necessary cookies. It is mandatory to procure user consent prior to running these cookies on your website.